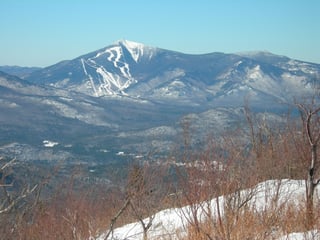 Winter is one of our favorite seasons here in Lakeview Landing. And though it's not quite here yet, it is just around the corner. In an effort to make every ounce of that holiday spirit last, we've put together a list of 10 of the best winter activities in Saratoga Springs. Make sure you're not missing out on any of the fun in the upcoming chilly months!

The indoor Vernon Arena is open year round. Located at 30 Weibel Avenue in Saratoga Springs, it hosts youth hockey practice and events as well as public skating and lessons.

Saratoga Spa State Park has two outdoor rinks. The rink near Avenue of Pines allows hockey; the rink near Victoria Pool does not.

Gavin Park in Wilton has a public ice rink. No hockey or speed skating at this rink.

Deadman's Hill, off Rowlands Street in Saratoga Springs, is also known as the Big Dipper.

McGregor-Links Country Club in Wilton has a great sledding hill on the 17th hole.

Gore Mountain in North Creek has 82 alpine and glade trails as well as 8 showshoeing and cross country skiing trails.

West Mountain in Queensbury is only half an hour from Saratoga Springs with 31 trails and a snow tubing park.

Whiteface Mountain in Lake Placid is a 4,000 foot mountain in the Adirondacks.

Willard Mountain in Greenwich is a small family mountain near Saratoga Springs. It has a tubing park, too.

Downtown Saratoga Springs. Here is a guide to restaurants and shops within a ten-minute walk. http://discoversaratoga.org/walking-circle

National Museum of Racing and Hall of Fame tells the history of thoroughbred racing with a wonderful collection of equine art, trophies, silks and memorabilia. 191 Union Avenue in Saratoga Springs near the Saratoga Race Course. Ride the horse racing simulator! https://www.racingmuseum.org/

The Flurry Festival, Feb 13-15.This is the 28th year that Spa City has hosted a weekend long festival of participatory dance for beginners and advanced dancers. The Saratoga Hilton and Saratoga City Center serve as the venues for waltz, tango, swing, and contra for all. http://www.saratoga.com/winter/dance-flurry.cfm

Saratoga Tree Lighting Ceremony, Dec 4, 6 pm, In front of Putnam Market, 435 Broadway, Saratoga Springs, free. Santa and the Mrs. will be there. Free hot chocolate and cookies plus music by Star 101.3 radio.

Saratoga Festival of Trees, Dec 4-8, Saratoga Springs City Center, 522 Broadway, Saratoga Springs. Hundreds of beautifully decorated trees, wreaths, centerpieces and other holiday items are on display, and available for purchase. Santa photos, too. Breakfast with Santa and Sundaes with Santa are featured too. $8 adults, $5 seniors, $3 children over 10. http://www.saratogafestivaloftrees.com/

Topics: Holidays, In The Community